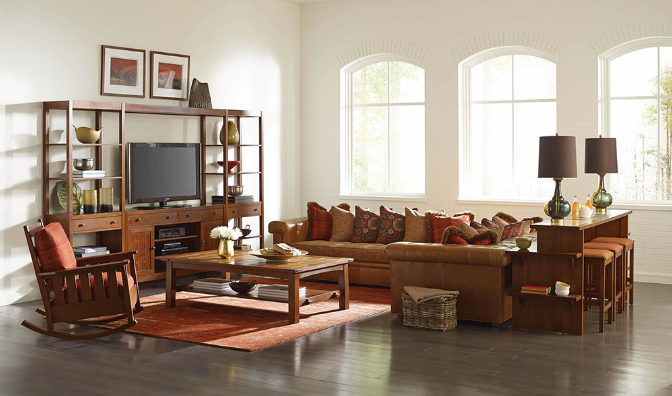 Explore the story behind our Stickley collection and subscribe to our newsletter for exclusive updates including new arrivals! This iconic brand has a 120-year history helping define the style of the American home. 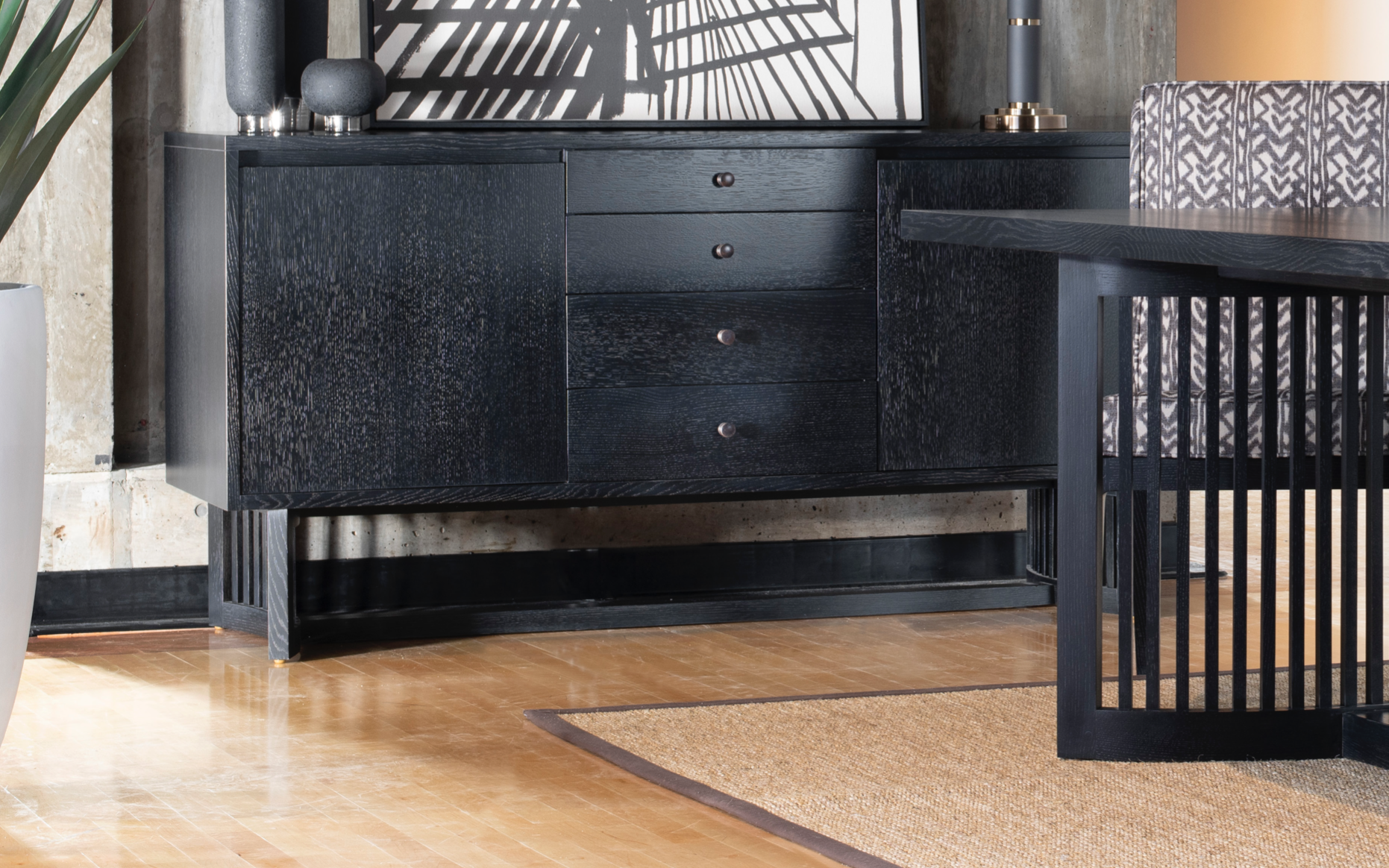 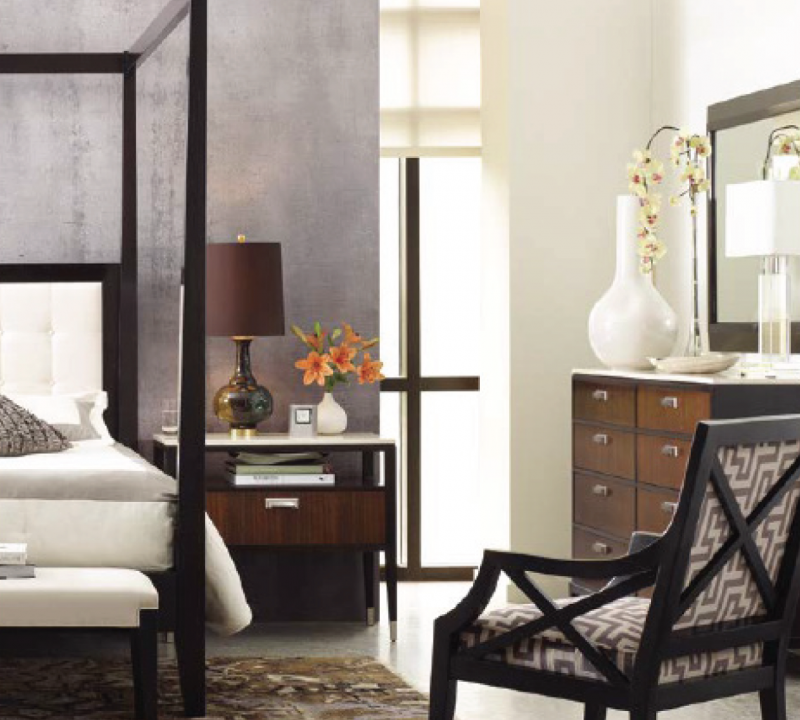 One of eleven children of German émigrés Leopold and Barbara Schlager Stoeckel, Gustav Stickley was born Gustavus Stoeckel on March 9, 1858, in Osceola, Wisconsin. The eldest surviving son, Stickley experienced the rigors of life growing up on a small Midwestern farm, forgoing his formal education in 1870 to continue work in his father’s field of stonemasonry and help support his struggling family. By early 1876, Stickley’s mother and siblings moved to Brandt, Pennsylvania, where Gustav worked in his uncle’s chair factory – his first formal training in the furniture industry

With his brothers Charles and Albert, Gustav formed Stickley Brothers & Company in 1883, the same year he married Eda Ann Simmons. Within five years, the company was dissolved and Stickley’s ambitions led him to partner with Elgin Simonds, a salesman in the furniture trade, to form the firm Stickley & Simonds in Binghamton, New York. During the 1890s, Stickley divided his efforts between his new enterprise and the Auburn State Prison. At the prison he and his brother Leopold served as a foremen of furniture operations. In 1898, he orchestrated the removal of his business partner and formed the Gustave Stickley Company

In the summer of 1900, he worked with Henry Wilkinson and, possibly, LaMont A. Warner to create his first Arts and Crafts works in an experimental line called the New Furniture. In 1901, he changed the name of his firm to the United Crafts, issued a new catalogue written by Syracuse University professor Irene Sargent, and began to offer middle class consumers a host of progressive furniture designs in ammonia-fumed quartersawn white oak, as well as other mostly native woods.

In October 1901, Stickley published the first issue of The Craftsman magazine, an important vehicle for promoting Arts and Crafts philosophy as well as the products of his factory within the context of articles, reviews, and advertisements for a range of products of interest to the homemaker. Lead articles in the first two issues paid tribute to two influencers of Stickley and Sargent’s design philosophies: William Morris and John Ruskin. 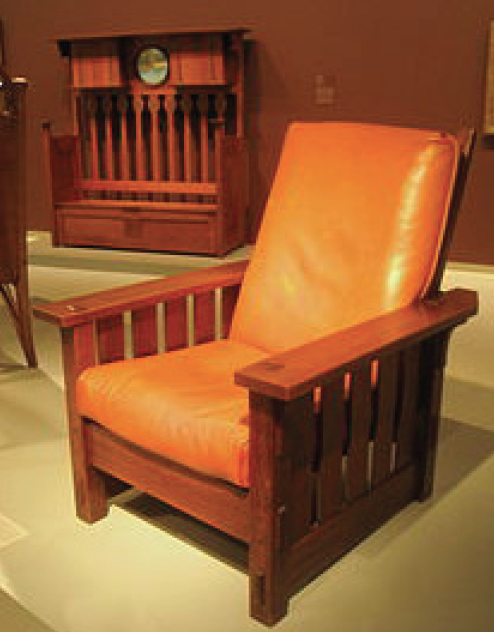 Stickley’s new furniture reflected his ideals of simplicity, honesty in construction, and truth to materials. Unadorned, plain surfaces were enlivened by the careful application of colorants so as not to obscure the grain of the wood and mortise and tenon joinery was exposed to emphasize the structural qualities of the works. Hammered metal hardware, in armor-bright polished iron or patinated copper emphasized the handmade qualities of furniture which was fabricated using both handworking techniques and modern woodworking machinery within Stickley’s Eastwood, New York, factory (now a part of Syracuse, New York). Dyed leather, canvas, terry cloth and other upholstery materials complemented the designs.

Those ideals – simplicity, honesty, truth – were reflected in his trademark, which includes the Flemish phrase Als Ik Kan inside a joiner’s compass. The phrase is generally translated ‘to the best of my ability

How to Identify Stickley Brothers Furniture. Finding an antique piece of Stickley furniture today is akin to winning the lottery. The Stickley brothers — Albert, Charles, Gustav, John George and Leopold — got their start making chairs in a small workroom in Binghamton, New York, in the late 1800s.

The Company operates a museum, located in the original L & J. G. factory build. It features the work of the Stickley brothers and is located near its current factory site. 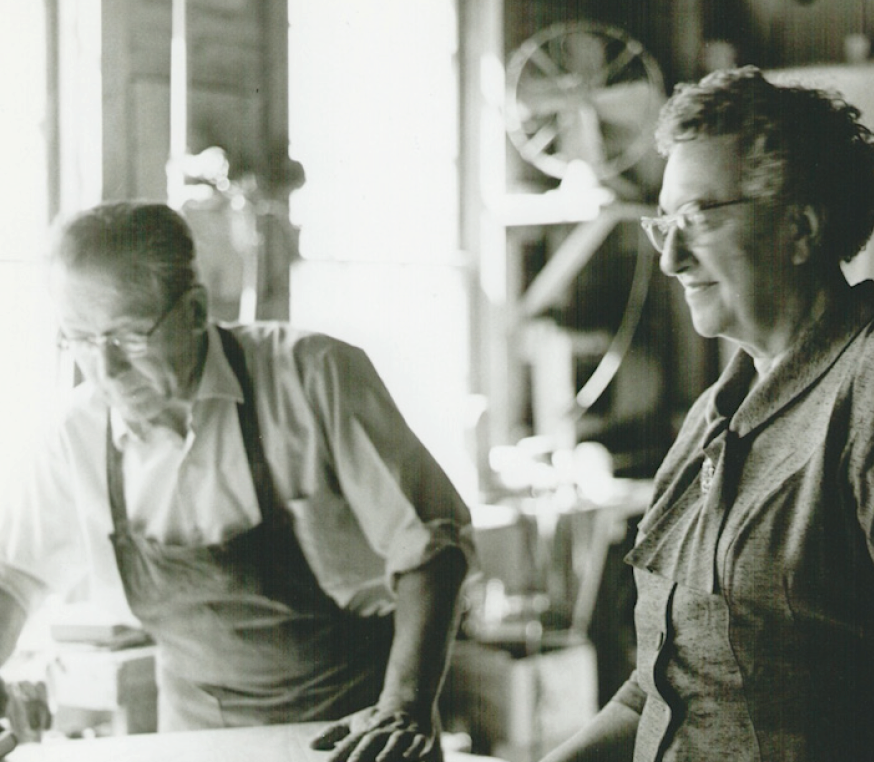 His firm’s work, both nostalgic in its evocation of handicraft and the pre-industrial era and proto-modern in its functional simplicity, was popularly referred to as being in the Mission style, though Stickley despised the term as

misleading. In 1903 he changed the name of his company again, to the Craftsman Workshops, and began a concerted effort to market his works – by then including furniture as well as textiles, lighting, and metalwork – as Craftsman products. Ultimately, over 100 retailers across the United States represented the Craftsman Workshops.

In 1902, the later world-renowned sculptor, Jerome Connor, was hired to head up Stickley’s

metal work department. In May 1903 Stickley hired Rochester architect Harvey Ellis. Although Ellis died only a few months later, in January 1904, he had an immediate and profound effect upon design of The Craftsman magazine, its architectural offerings, and the furnishings Stickley was producing, reinforcing the connections between Stickley’s work and that of English and Glaswegian designers. During this year Stickley’s furniture evolved from solid, monumental forms to lighter shapes, relieved by arches, tapering legs, and – in a new experimental line – inlay as decoration. Within a year the inlay designs would be all but dropped from production save special orders, but the broader emphasis on less massive forms would remain. In keeping with this new emphasis, Stickley also began offering furniture in willow to complement the heavier oak designs. Furthering the development of his concept of the Craftsman home, in late 1903 he announced the formation of the Craftsman Home Builders Club to provide architectural plans from The Craftsman to its subscribers. The homes were offered in a number of archetypes familiar to American public – the farmhouse, town house, cottage, and bungalow, among others. Natural materials and soft colors predominated and interiors were invariably prescribed to include simplified moldings, stained wood,

and characteristic features such as built-in cabinets and fireplaces with inglenooks for seating. Although these homes were only rarely innovative in terms of progressive style, designs reflected current approaches to open floor plans, economy of function, and use of novel materials for walls, roofs, and surface treatments.

Gustav Stickley died on April 21, 1942. He is buried in the Oakwood Cemetery in Syracuse, New York.

In recent decades, Stickley and his work have become popularly recognized once again. It is particularly his early furniture, produced between 1900 and 1904, that is often seen as appealing to collectors. In 1988, Barbra Streisand paid $363,000 for a Stickley sideboard from the Gustav Stickley House in Syracuse; magazines such as Style 1900 (out of print as of January 2013) and American Bungalow cater to those interested in the Arts and Crafts movement.

The L. & J.G. Stickley Company continues to operate in Manlius, New York, producing a variety of styles, including many original Gustav Stickley Arts and Crafts designs. 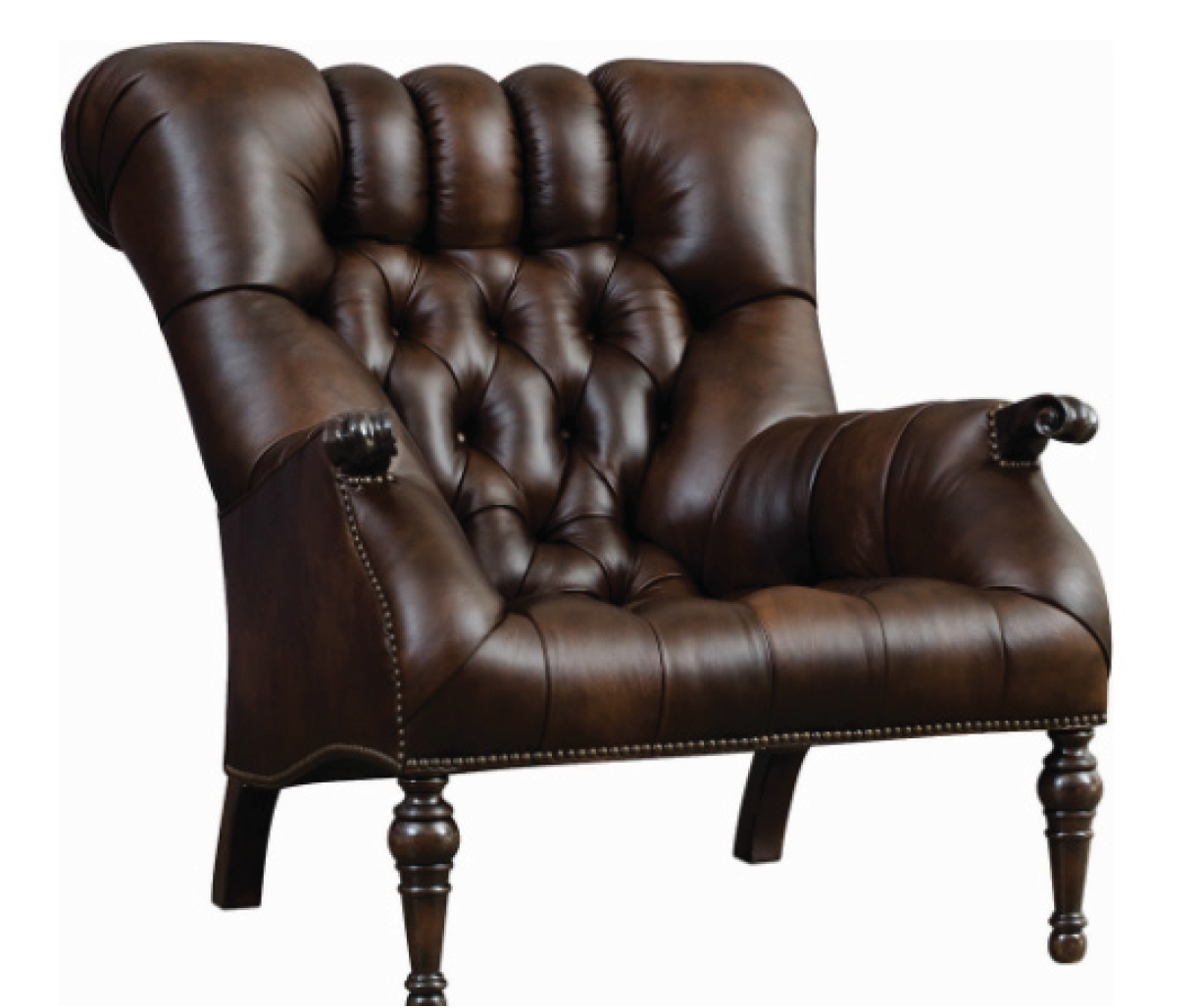 THE MAKING OF
LEOPOLD’S CHAIR

It takes five hours for our skilled craftspeople to tuft the sloping back of this iconic chair. From start to finish, comfort is in the details of the Leopold’s Chair. 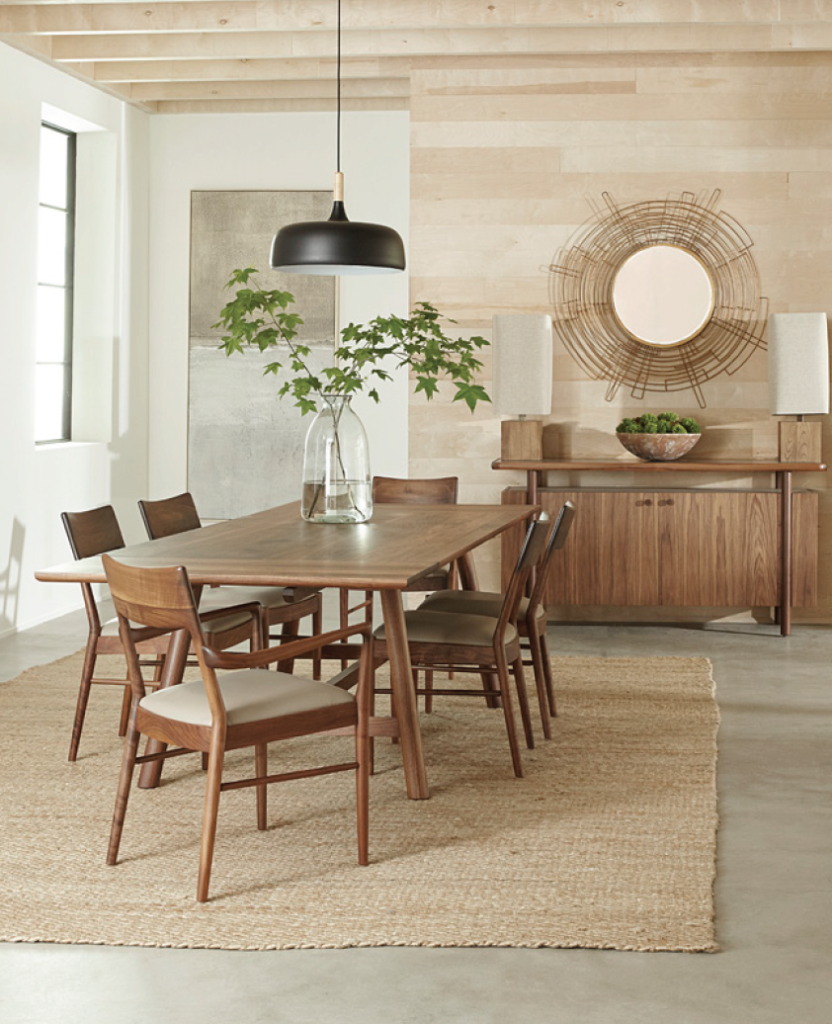 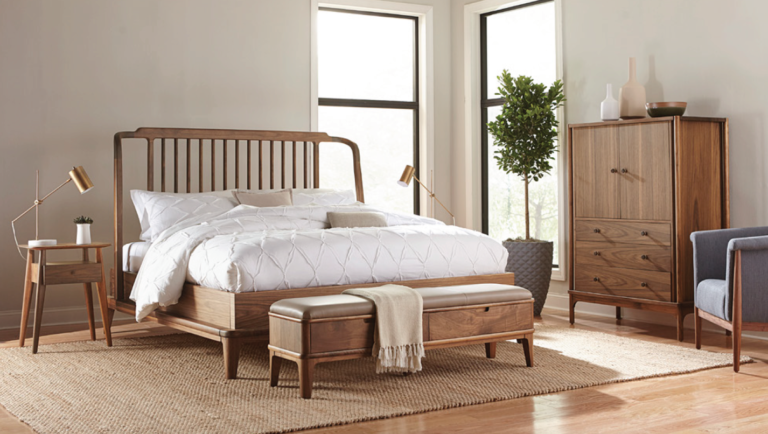 Inside Stickley will offer frequent peeks behind the curtain at the iconic furniture brand. The monthly blog will share snapshots from Stickley’s 120-year history, celebrate its well-known and lesser-known personalities and remind readers why Stickley remains relevant today. 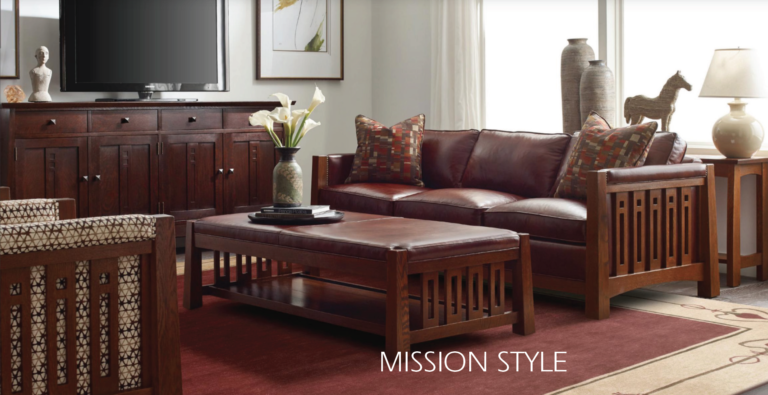 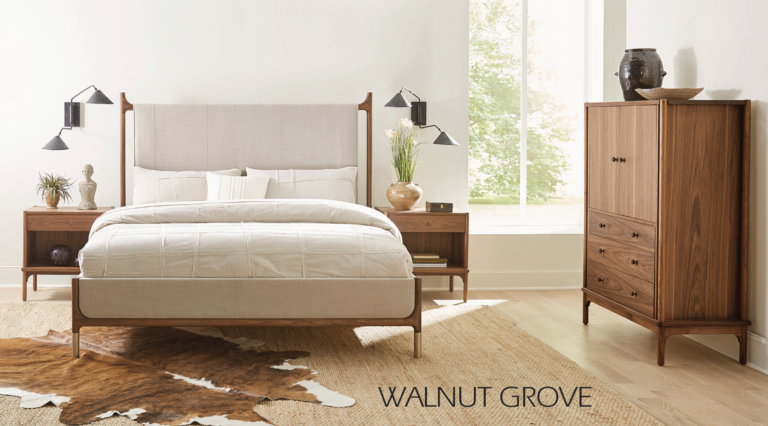 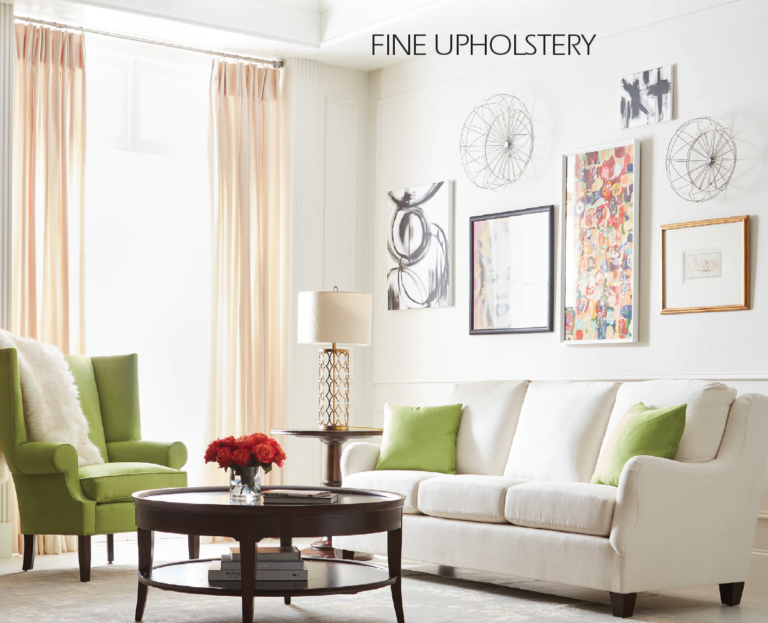 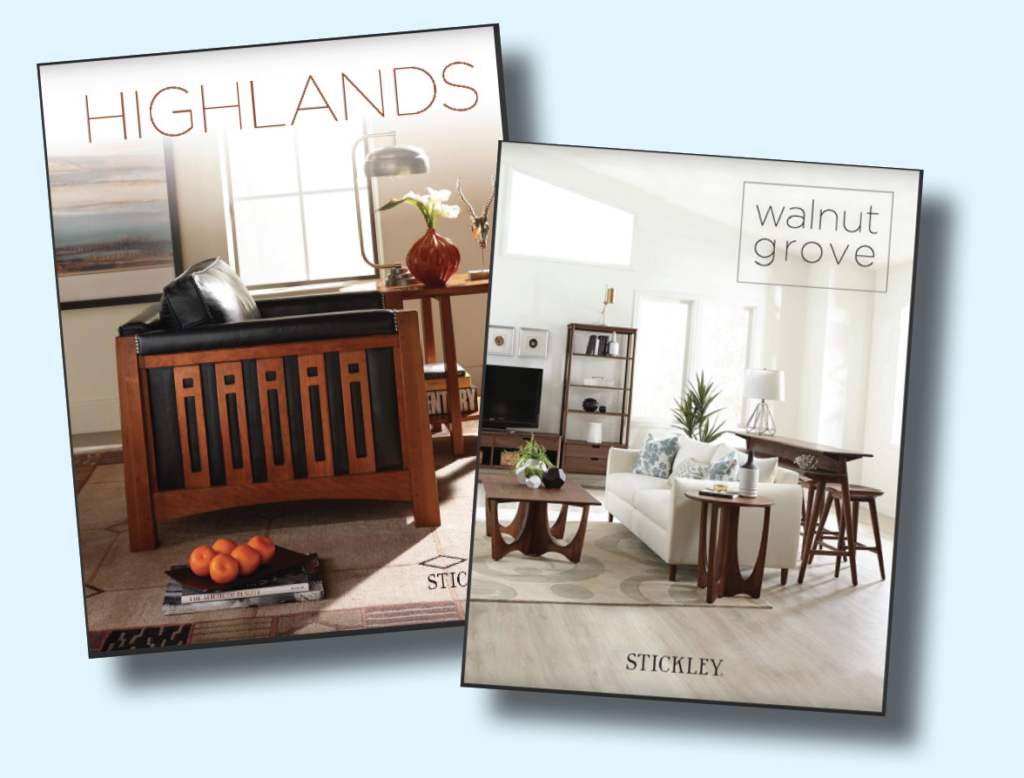 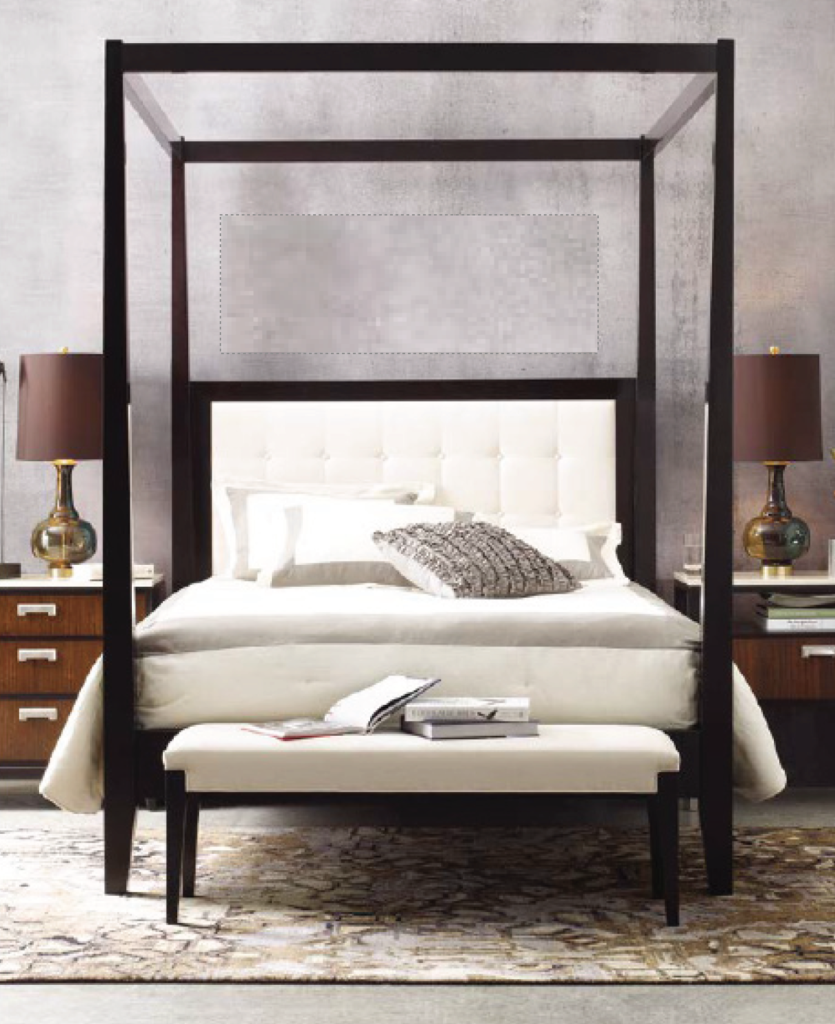 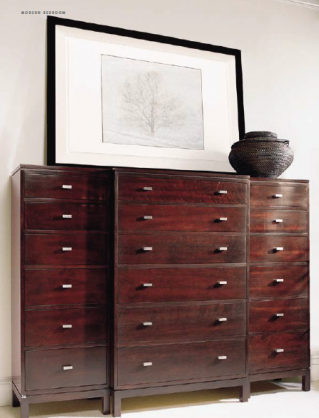 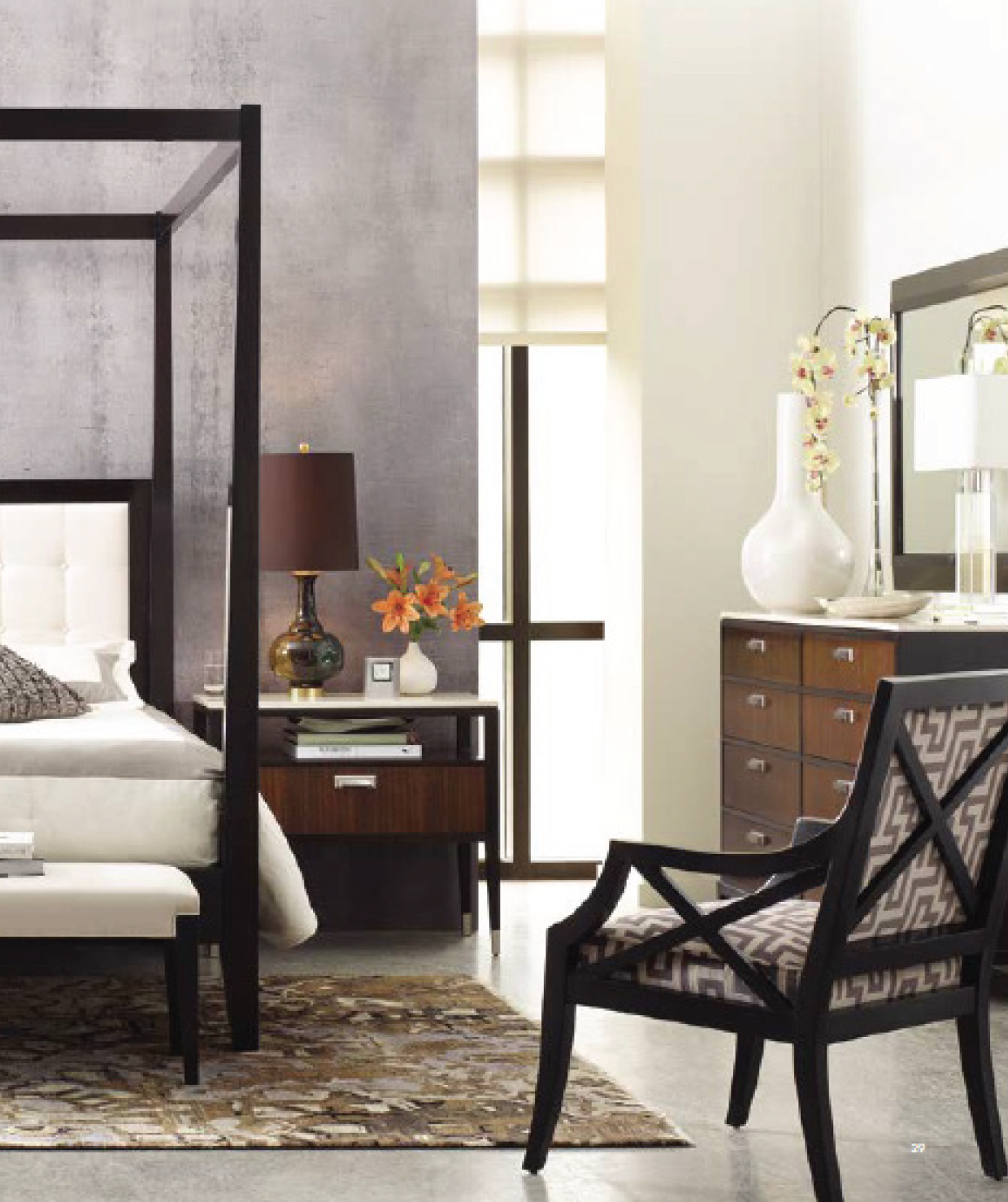 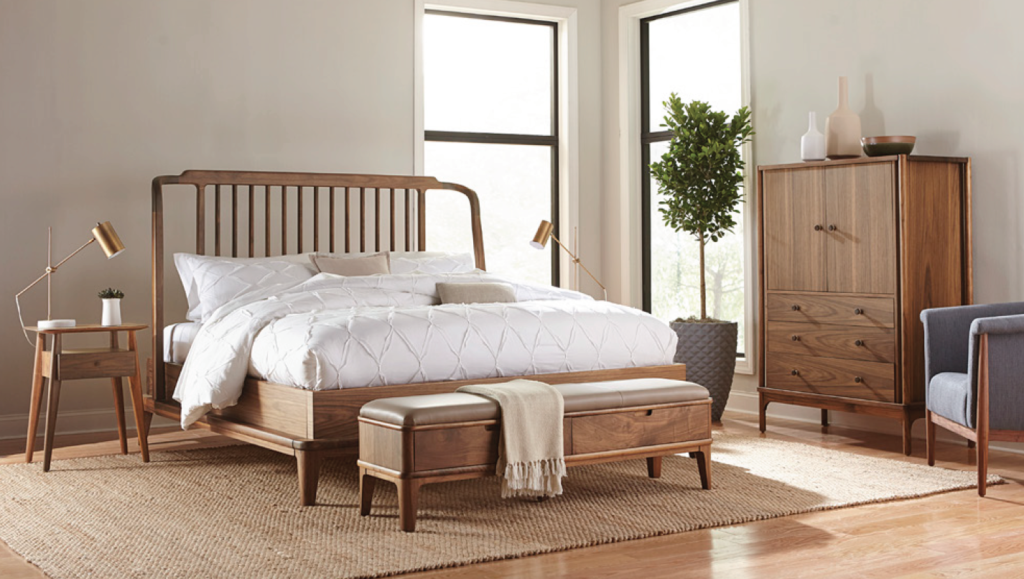 Don’t Miss Out On Sales, New Arrivals and More.